Congratulations! You have found THE BEST bread pudding recipe around. A classic take on an old fashioned bread pudding this simple dish will be a breakfast or dessert you make again and again. 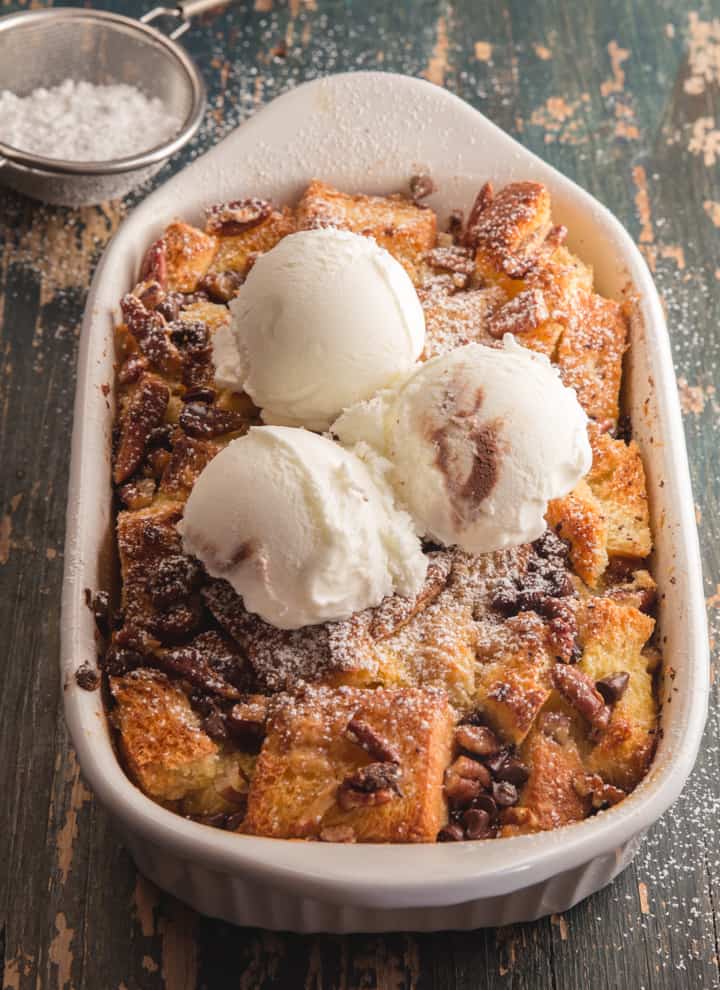 Bread pudding is a bread-based dessert made with bread (go figure), milk or cream, usually eggs and some form of fat such as butter or oil. Many of us know it as a sweet dessert however some do make it as a savory part of the main meal.  I'm not one of those people.

Depending on where you live might determine what you put in or on it. For example, Canadians use Maple Syrup in theirs, Americans, especially down south might serve theirs with a delicious warm sauce of some sort usually involving a liqueur.

In Belgium it is soaked in brown sugar, cinnamon, raisins or apples and in Puerto Rico they soak theirs in coconut milk and serve with a guava sauce. 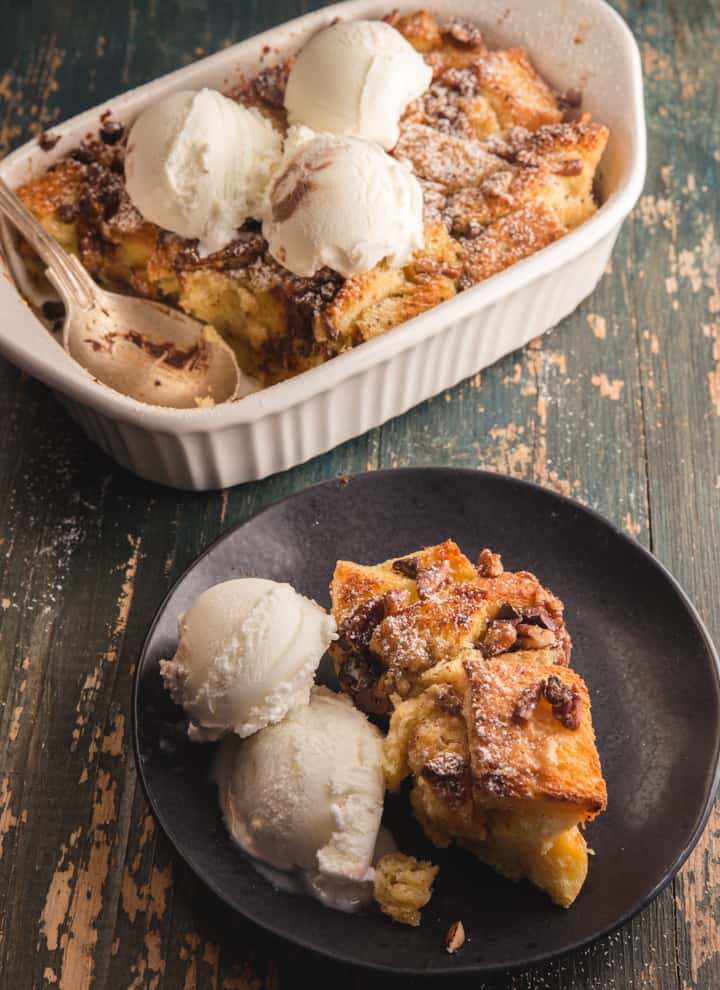 The awesome thing about an easy bread pudding recipe is that it is a blank slate for just about anything!

Historians say that in 13th Century England, bread pudding, because of its original use of stale bread, was known as "poor man's pudding" because it was a great way to use up stale bread rather than letting it go to waste.

But of course, now it's a super trendy dessert! Little did those 13th-century folks know 😉

For this family favourite recipe, you will need just a few simple ingredients. The first one being, you guessed it, bread! Simple Yogurt Brioche Bread works very nicely with this recipe. 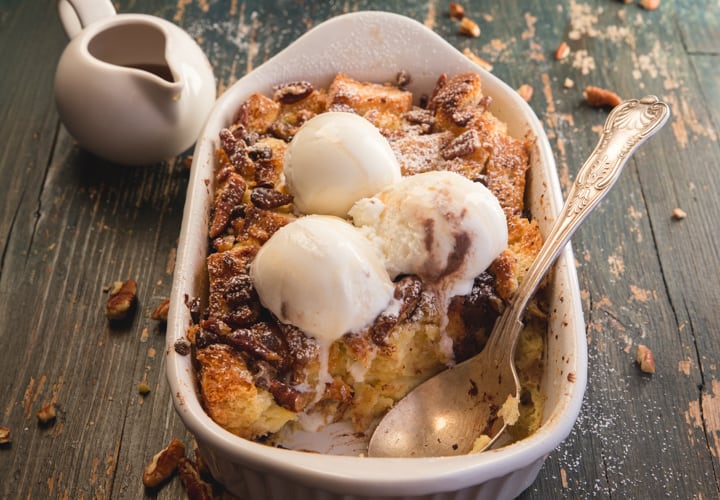 Once you've preheated your oven and greased your baking dish, cut your bread up into bite-sized cubes and place it into the dish. 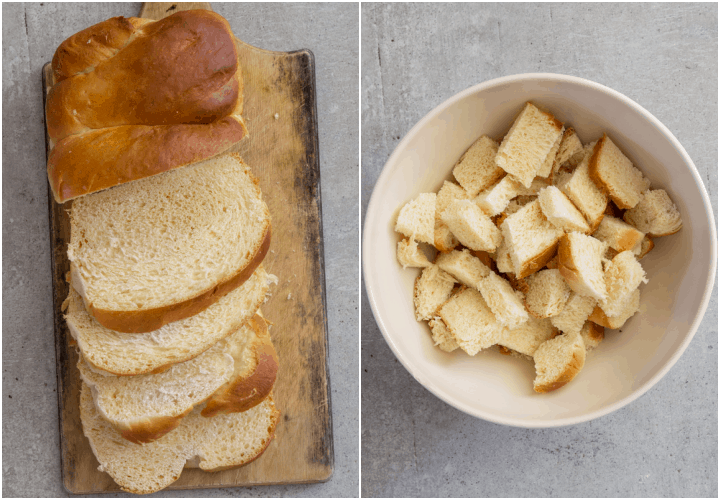 Drizzle melted butter over top adding in your chips and whichever kind of nut (or all the nuts) you have chosen, sprinkled right on top. 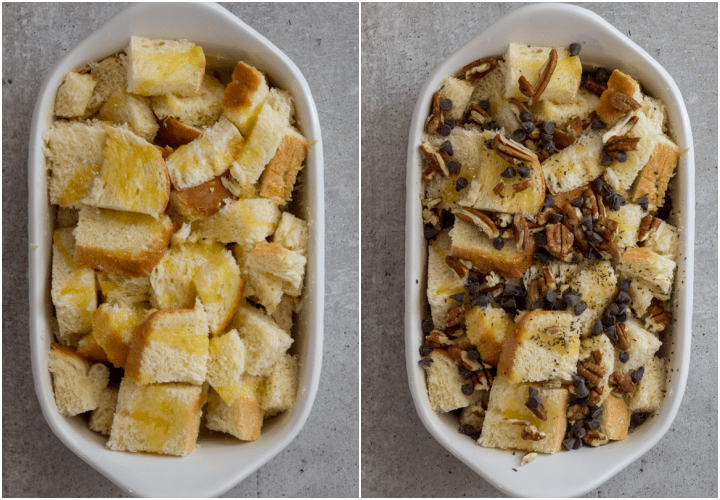 Beat the egg, milk, cream until combined, then add the cinnamon, sugar, and vanilla and beat again until well combined. This part always reminds me of when I make french toast!

Pour the egg mixture over the bread cubes and let it sit, allowing the bread to soak up all of that sweet flavour. 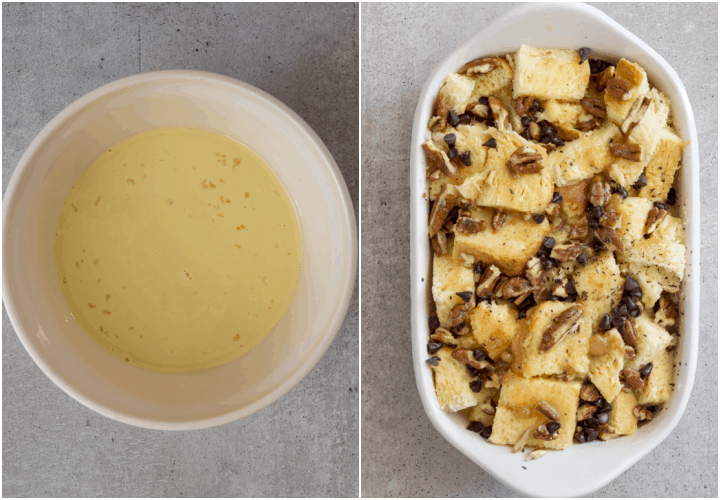 Bake in the oven until golden brown or it bounces back when tapped lightly. Once cooled sprinkled with icing sugar or a big scoop of vanilla ice cream!

What breads are good to use for bread pudding?

The best bread pudding recipes are usually made with a white flour-based Italian or French bread, brioche or challah cut into cubes. If you're feeling adventurous go ahead and use croissant or even donuts!

Does it need to be stale bread?

Generally yes. The reason for that is having a bit of a stale bread allows it to absorb the custard without it become too soggy, especially when it sits for a time before being put in the oven.

If you do not have stale or leftover bread, you can put it in the oven at 350 degrees for 10 minutes before you make bread pudding. 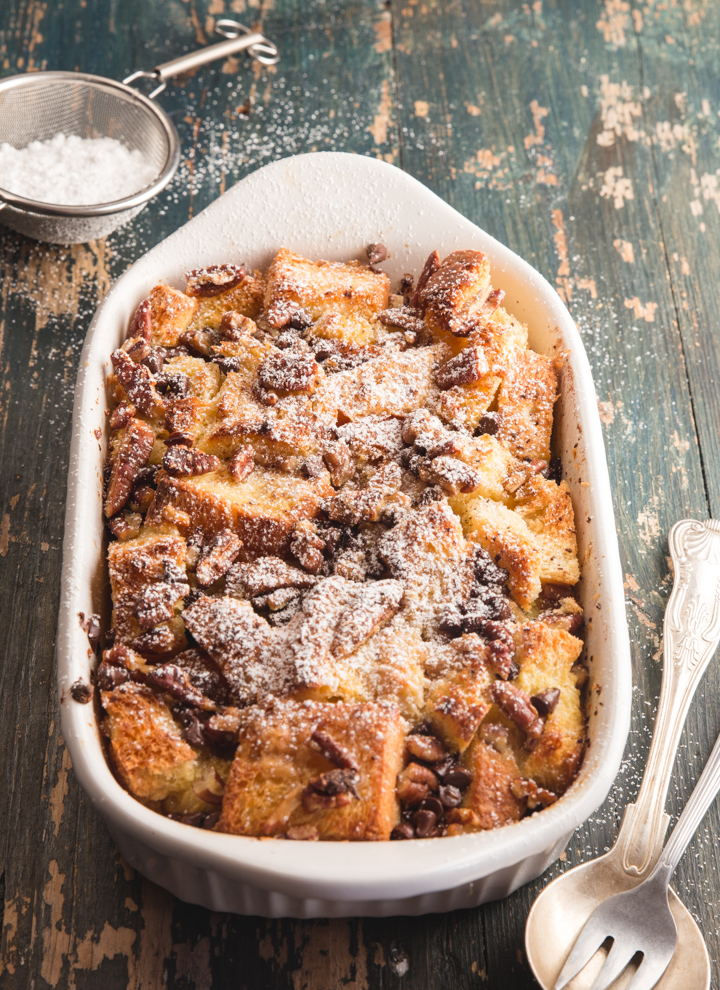 How do I serve it?

Definitely best served the same day it's made but it doesn't need to be warm straight out of the oven. It can definitely be enjoyed at room temperature, sliced on a plate or eaten right out of the dish. No judgment here!

Can it be refrigerated?

Bread pudding can be refrigerated in an airtight container for up to 5 days and frozen for 3 months. If frozen thaw in refrigerator overnight. 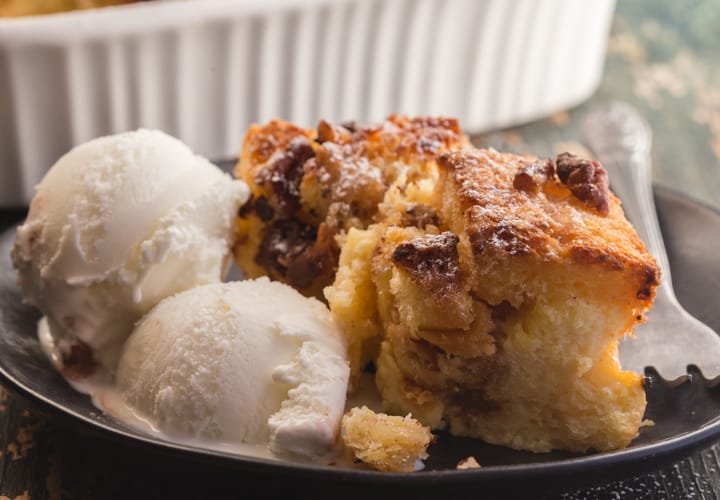 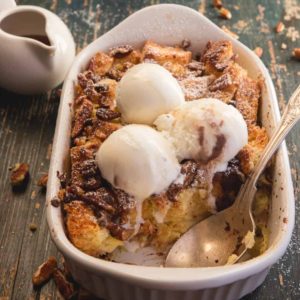 I used a leftover brioche bread that makes the perfect bread pudding in my opinion. But you can use whichever type you wish.

Welcome, I am here to share everything from yeast bread to sweet bread and everything in between. If you are new to bread making or you have been baking for a while I hope you enjoy the recipes and don’t forget to let me know what you think of them. 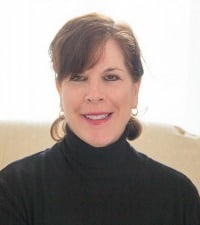 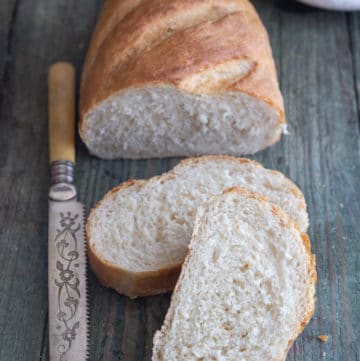 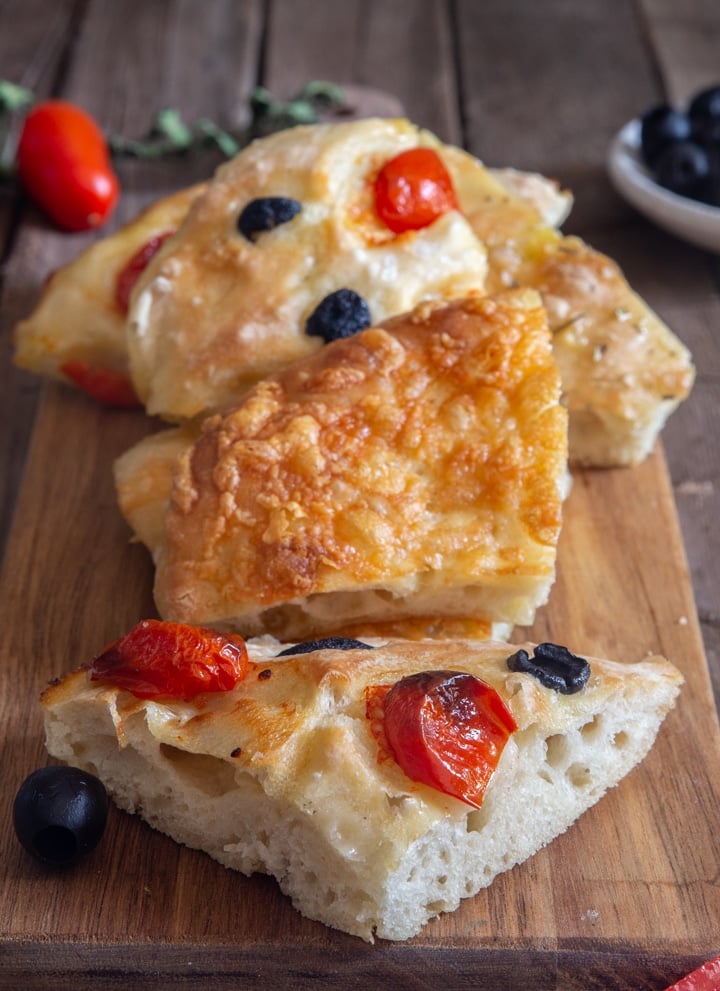 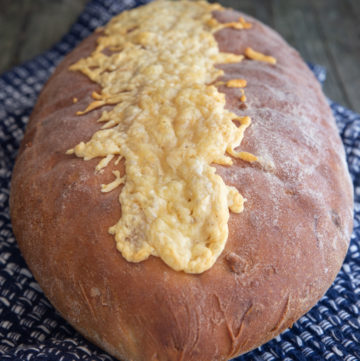